The meaning of Dostoyevsky’s Crime and Punishment 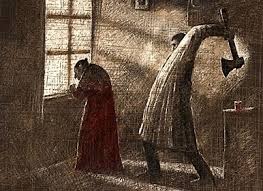 Crime and Punishment is a theological treatise in a narrative form. It’s not a psychological novel and even less a crime story but a Russian theodicy. Characters are meant to embody the ideas drawn from the Gospels.

On the way to a penal settlement in Siberia, Dostoyevsky was given the New Testament by an aristocratic lady. This was the only book which he read during the four years of penal labour, even when he had a chance to read something else.  Dostoyevsky is a direct disciple of the apostles.  All the great themes he deals with in his novels come from the Gospels. It is impossible to overstate the importance of the Gospels for Dostoyevsky. (Stanislaw Mackiewicz Dostojewski)

Crime and Punishment should be seen as Dostoyevsky’s reflections on the commandment “thou shall not kill”. The novel’s protagonist, Raskolnikov (raskol – schism), imagines himself to be the master of his fate and the fate of others. Dostoyevsky describes him as an atheist who wants to arrange the world according to the principles of Reason, as he is strongly convinced that Logos rules the world.

God gives him a painful lesson. Raskolnikov kills a pawnbroker in the name of humanity but circumstances made him to kill her half-sister as well. The latter victim was supposed to be one of the beneficiaries of his act. Dostoyevsky’s message is that God is not the same as Logos, as they think in Europe, and Catholics in particular. Dostoyevsky hated Catholicism in which God is benevolent, knowable and identical with the Greek concept of the Good. He sees in Catholicism a form of humanism. The papacy is therefore guilty of distorting the divine message. Catholics say that they have the power of the keys, potestas clavium, or the keys to God’s kingdom on earth. That’s why when God appears again on earth, the Great Inquisitor (in Brothers Karamazov) orders to imprison him. God of the Russian orthodoxy is inscrutable and omnipotent – and not necessarily benevolent. 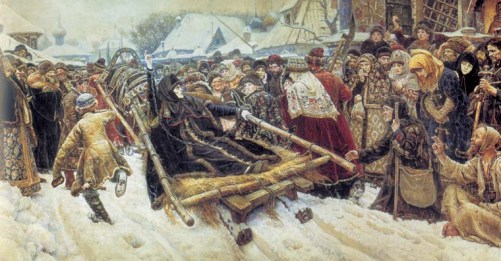 Raskolnikov gradually comes to realisation that Man is weak and cannot do anything without God whose emissaries in the novel, the detective Porfiry and the prostitute Sonia, urge him to submit unconditionally to God. All Raskolnikov needs to do is to kiss the earth in the presence of the simple folk. Raskolikov’s crime is not that he killed. The title of the novel should be understood as the transgression of the divine order and its restoration. Raskolnikov sins against God rather than against fellow human beings. All what’s important in the novel happens in his mind. His crime is theological in nature and the murder is just the consequence of it. The murder is an illustration of an idea, a narrative device to make the novel more dramatic. The crime of atheism and humanism would be equally heinous without it. Homicide is used by Dostoyevsky to strengthen his argument that emancipated Reason will lead to deicide and when God is killed, everything is permitted, even murder – “Everything is permitted to the intelligent man” (Brothers Karamazov). In Brothers Karamazov, one who commits deicide in his thoughts is made morally responsible for parricide.

Dostoyevsky himself explains the meaning of his novel as follows:

[Raskolnikov’s deed] turns out to be a sin, a violation of inner moral justice. His violation of the outer law meets its lawful retribution from without in exile and penal servitude, but his inward sin of pride that has separated the strong man from humanity and has led him to commit murder – that inward sin of self-idolatry can only be redeemed by an inner moral act of self-renunciation. His boundless self-confidence must disappear in the face of that which is greater than himself, and his self-fabricated justification must humble itself. (David McDuff  Crime and Punishment in Reference Guide to World Literature, 3rd edition) 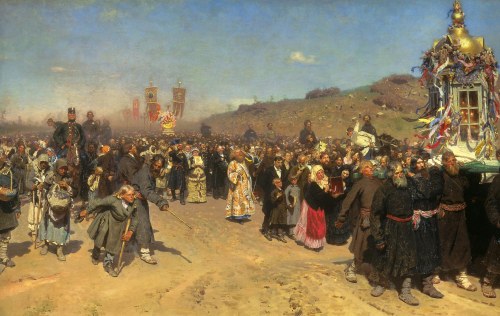 When compared with the novels of Victor Hugo or Charles Dickens, Les Miserables and Oliver Twist in particular, Crime and Punishment seems to probe much deeper into the great questions of life. Crime and Punishment is Les Miserables a rebours. Both Jean Valjean and Raskolnikov are repentant sinners but Valjean is an accidental sinner who is pushed towards crime by circumstances and he achieves redemption through good deeds. Raskolnikov commits a crime as an act gratuit when his only motivation is to prove the validity of an idea. The sin of murder makes him realise that only faith and unconditional submission to God will save his soul. In his case, salvation is through faith only and not through deeds. The God of the Russian Orthodox Church is closer to sinners than to righteous men. In Crime and Punishment, God reveals Himself to a murderer and a prostitute.

Murder plays a central role in all of Dostoyevsky’s big novels. Apart from making a story more dramatic, it also has a religious function. In Crime and Punishment, Dostoyevsky suggests that murder is the logical consequence of the abandonment of God. Murder triggers in Raskolnikov the process of recognising God as the only sovereign and the source of all values. This is a peculiar form of Revelation through murder. 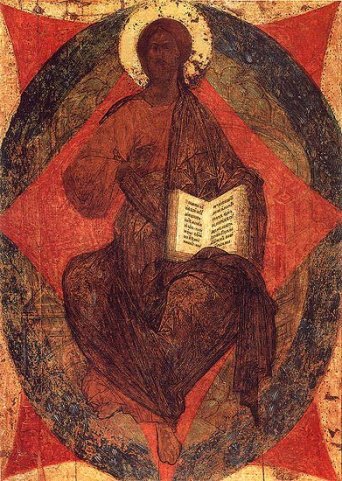 Dostoyevsky warns in Crime and Punishment about the consequences of nihilism but his warning can be turned against him. Russian nihilism is not what the term suggests. Nihilist Bazarov, in Turgenev’s Fathers and Sons, is a humanist and a believer in progress through education.  In the nineteenth century Russia, nihilists are those who assert human agency in history. One could argue that it’s those who deny the existence of human agency are true nihilists. If we accept this reasoning, it’s Dostoevsky who is a nihilist because he demands total submission to an imaginary deity.

Crime and Punishment is one of the greatest novels ever written albeit with an anti-modern, anti-Western and anti-humanist message.

5 responses to “The meaning of Dostoyevsky’s Crime and Punishment”